So it turns out hitch-hiking is easier than I thought…for the most part. Whilst I would never recommend it outside of the Canadian Rockies or Newfoundland it is a great way to get about without worrying about moderately priced bus tickets. No sooner 20mins from Banff to the highway and down the on ramp, a nice fella from Edmonton pulled over and drove me towards Lake Louise, I had spontaneously decided that I would skip moving on to Field and spend the next couple of days in Lake Louise before moving down to Radium. It just so happened that the road to Lake Moraine opened the day after I arrived, fortune smiles.

Lake Louise is a very small village where everyone knows each other, which was interesting to witness when I went to the only bar in town to watch the hockey. I met the local barfly named ‘Pops’ who had some great stories about the town and how it hasn’t changed much over the years of steady tourism.

Tuesday morning, up early, it was an 18km walk to Lake Moraine and I had walked about 6kms with my thumb out until a nice elderly couple from Los Angeles stopped to drive me the rest of the way to the lake. Locals say Lake Moraine is far better than Lake Louise, I wasn’t convinced at first, it was half empty with the snow from the Alps not having melted. As the sun rose over the shadowing mountain though my mind was made up. There was a steady flowing stream at the far end quickly filling up the lake and once the sun hit the water…well…look at my photos. 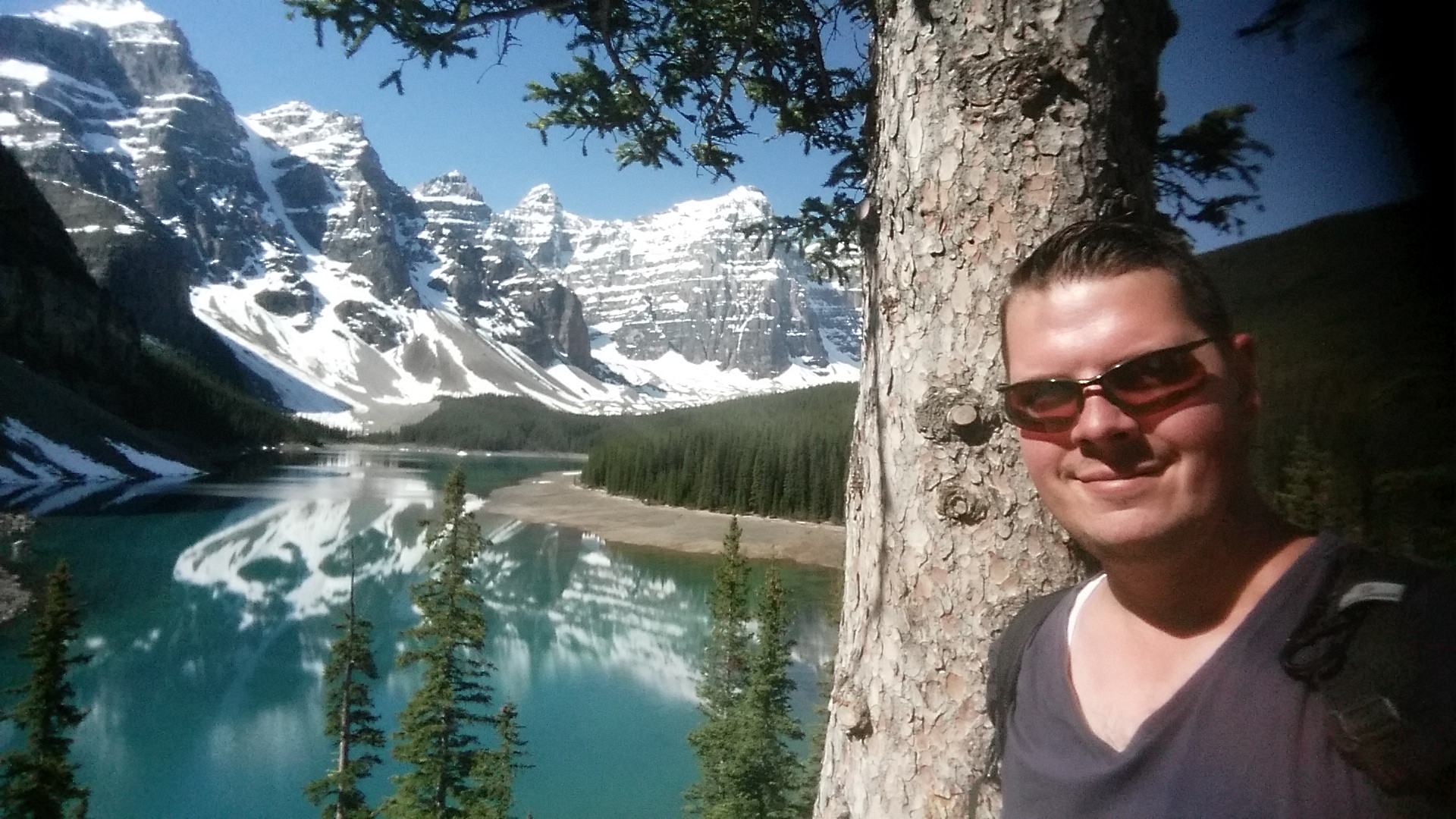 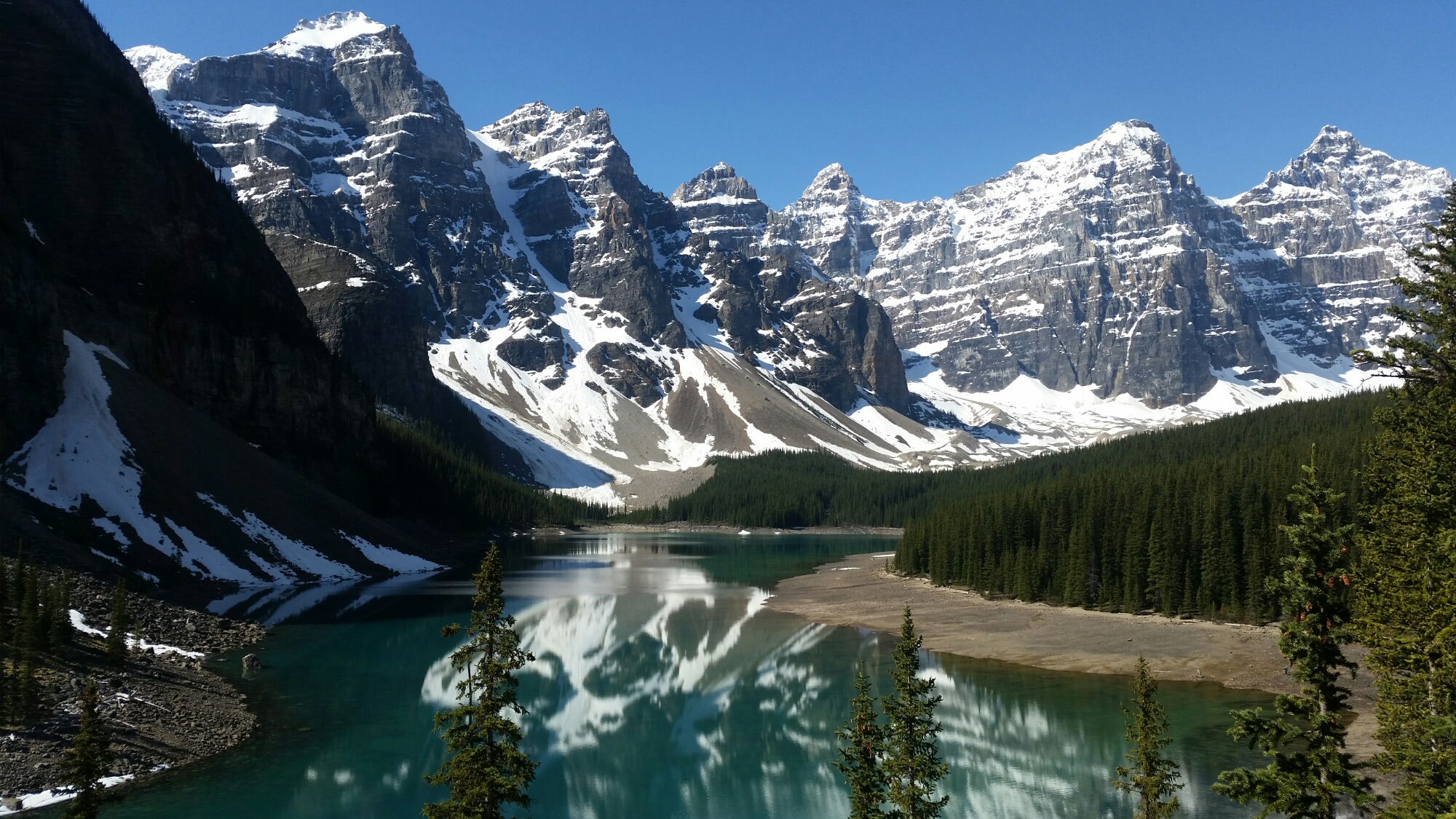 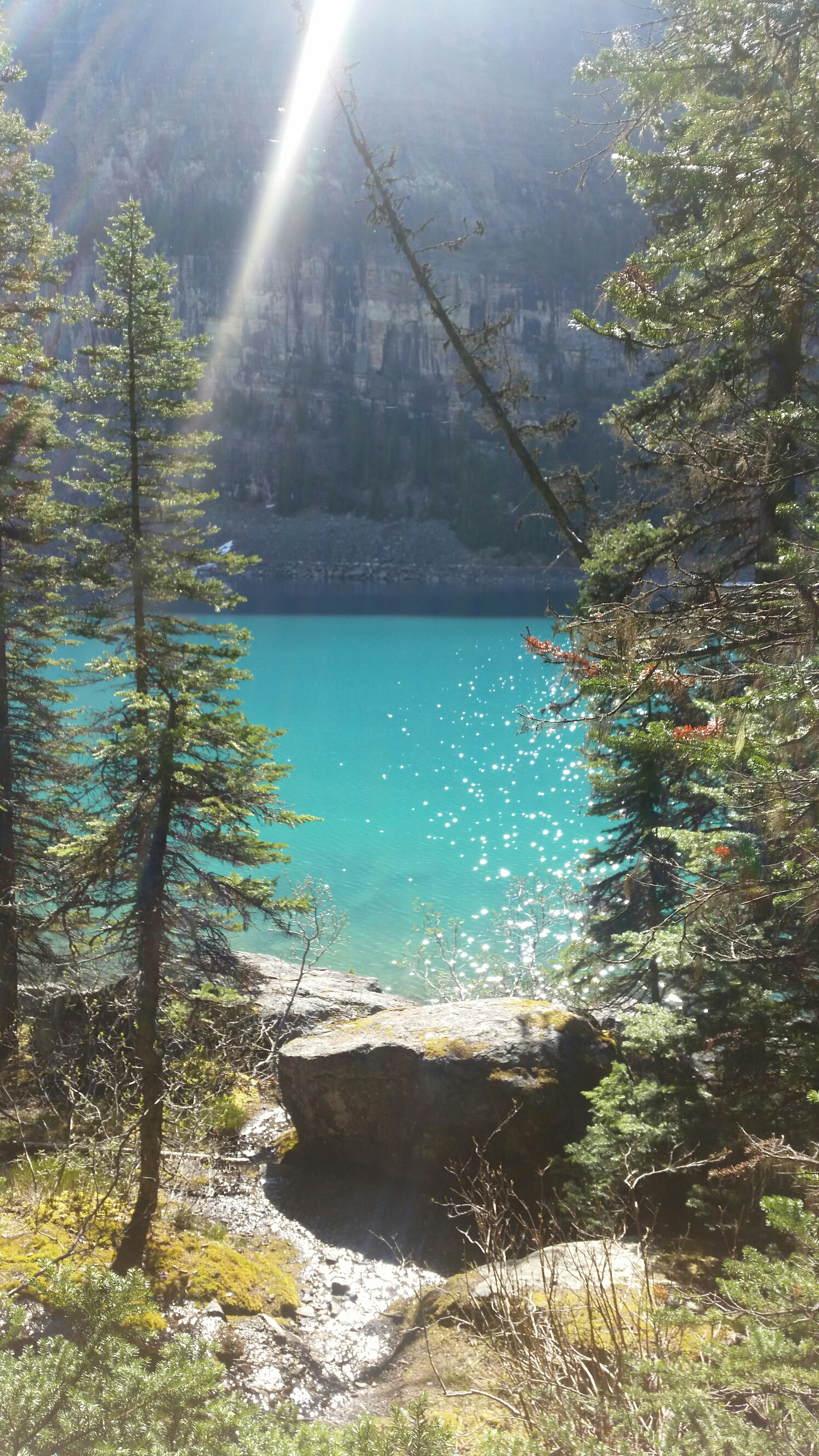 I wanted to do a short hike around the Tower of Babel to the Consolation Lakes which was supposedly on bear warning. So I sat at the head of the trail and waited for the next few people to form a group with to hike up the trail. I met two ladies from California and accompanied them, me hoping to finally see a bear and they were happy to not. It was a very nice hike with patches of deep snow but mostly just a steady climb to the most peaceful place I have visited to date. We were the first few to make it to the location and I spent 2 hours rock hopping, napping and enjoying the silence. After a while more people, loud tourists, came and interrupted the serenity so I headed back to the car park with the two Californian ladies who also kindly gave me a lift back to town. 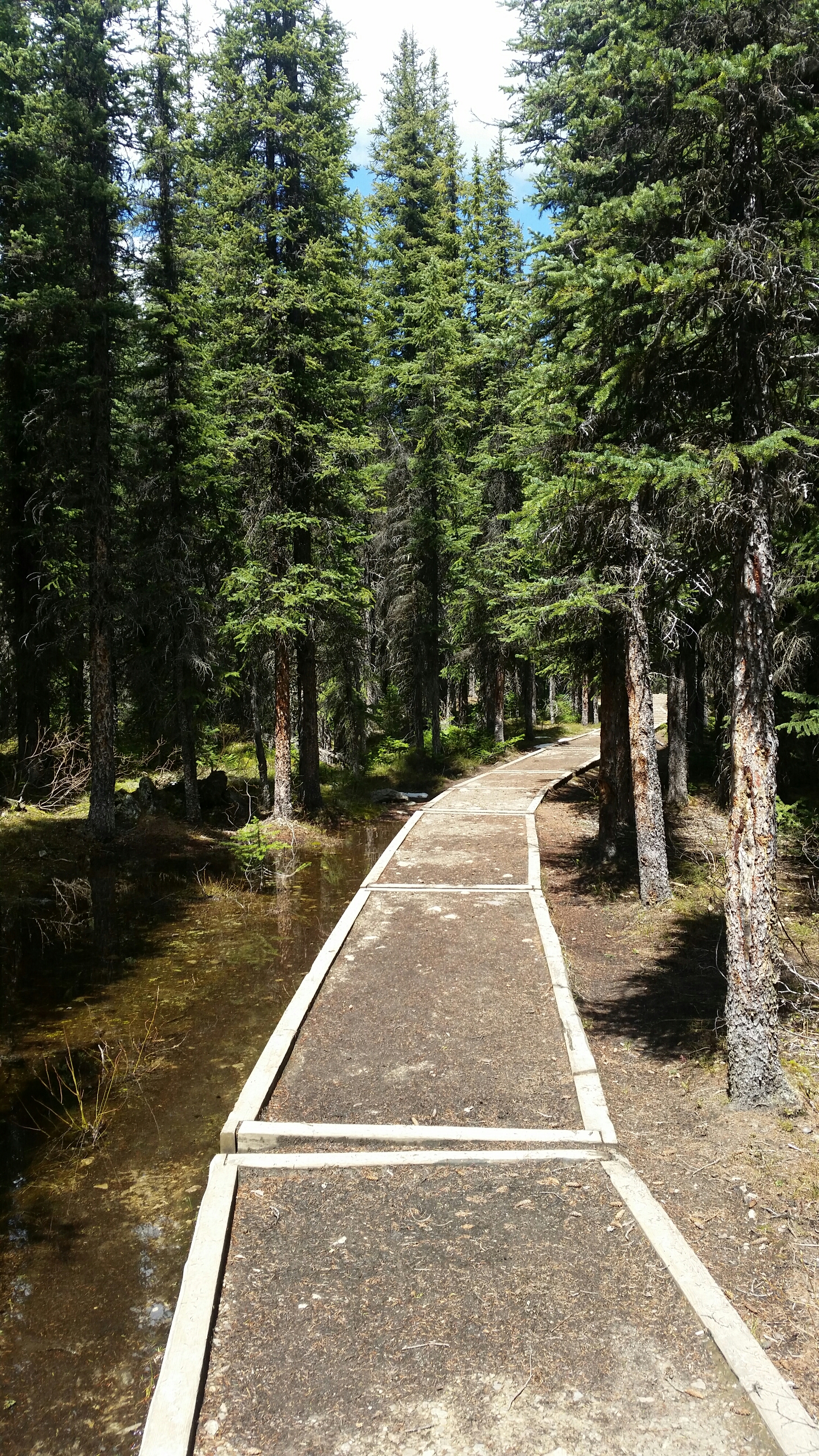 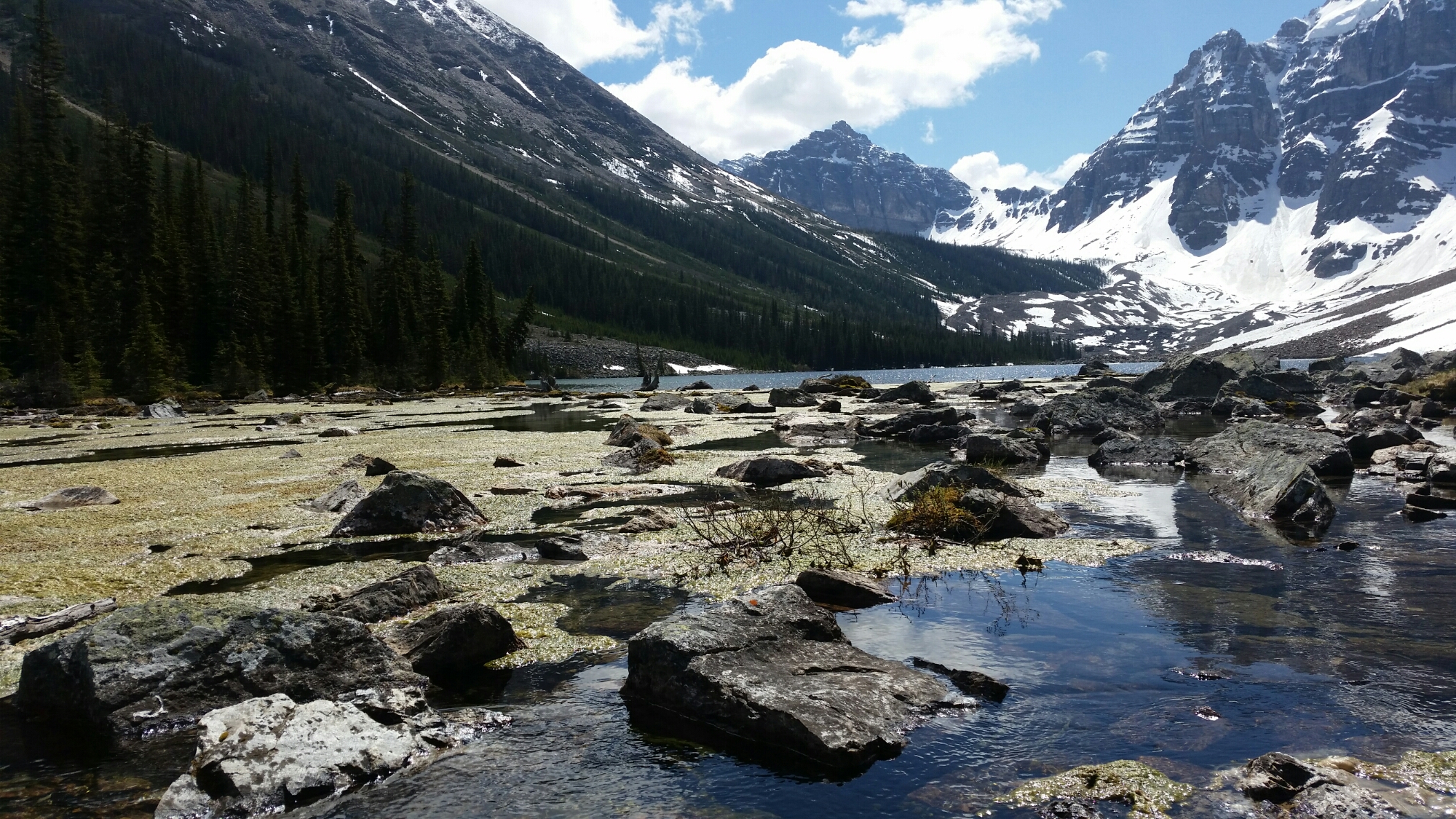 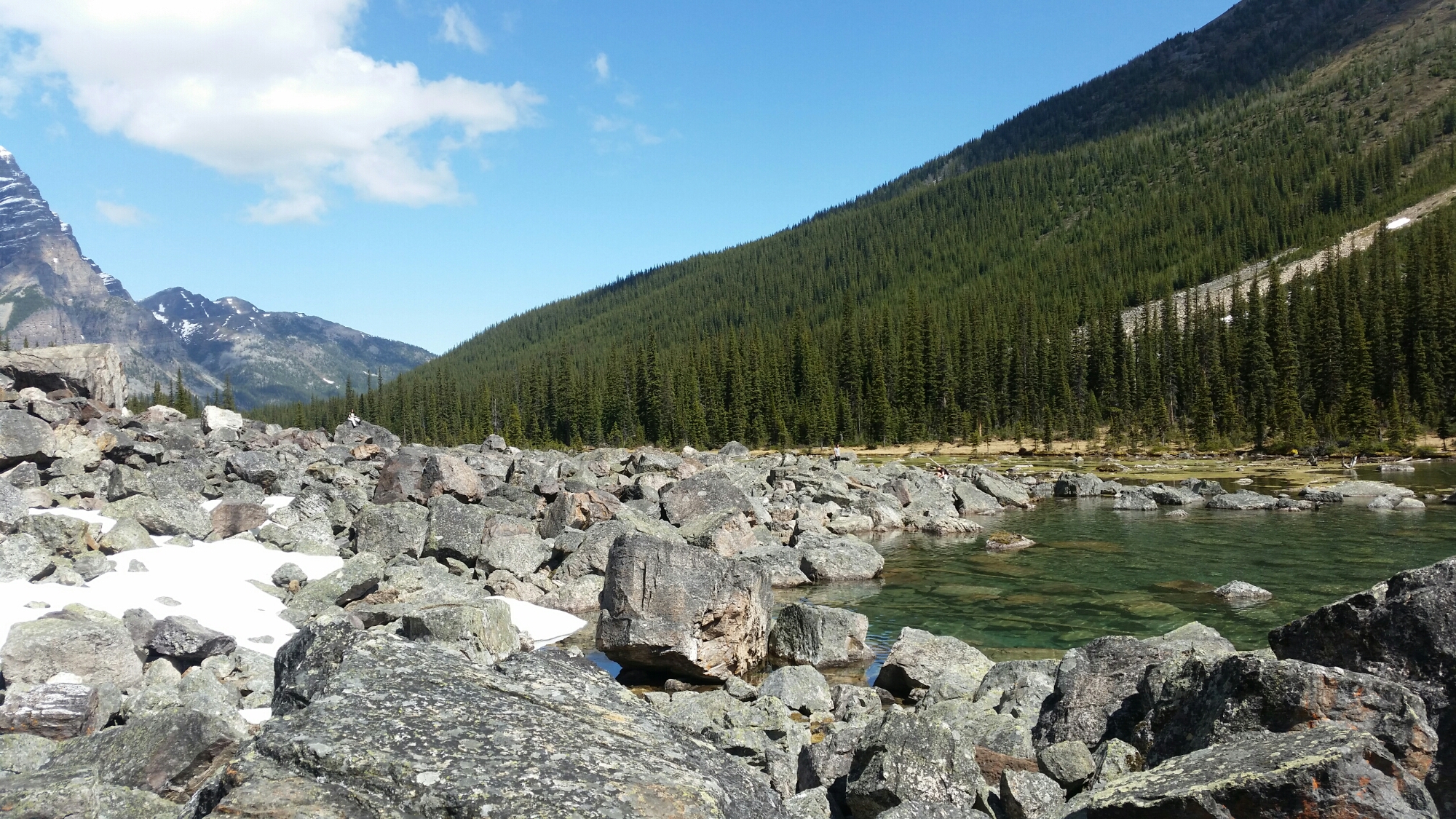 Now comes the embarrassing bit, NOT my fault, I had no idea. When I checked into the hostel the day before I was given the coded pass card for room 201, I had settled into the room when a nice Jehovah’s Witness girl came in and we chatted somewhat about her trip and when I had arrived back from chatting with Pops and watching the hockey at the bar, I went to bed noticing another two girls filling up the remaining beds. So it turns out I was put in a female only dorm, I had assumed it was a mixed dorm and only found out the next morning when I went to pay for another night stay. The front desk attendant who had checked me in was as confused as I was…she was the one who coded my key and wrote down my room number…*sigh* anyway apparently there were no complaints and I moved out into a male dorm. Good Times!

So after that hiccup I went to the Lake Louise Ski Resort to ride the scenic gondola, which is apparently the best way to watch bears. Finally I can see a bear! But as enjoyable as the ride was…no bear… just a deer. The view was amazing, which kind if made up for my disappointment. I have two more months in the mountains though…surely I will see one eventually, if not I will smother myself in jam and go for a run into the wilderness. 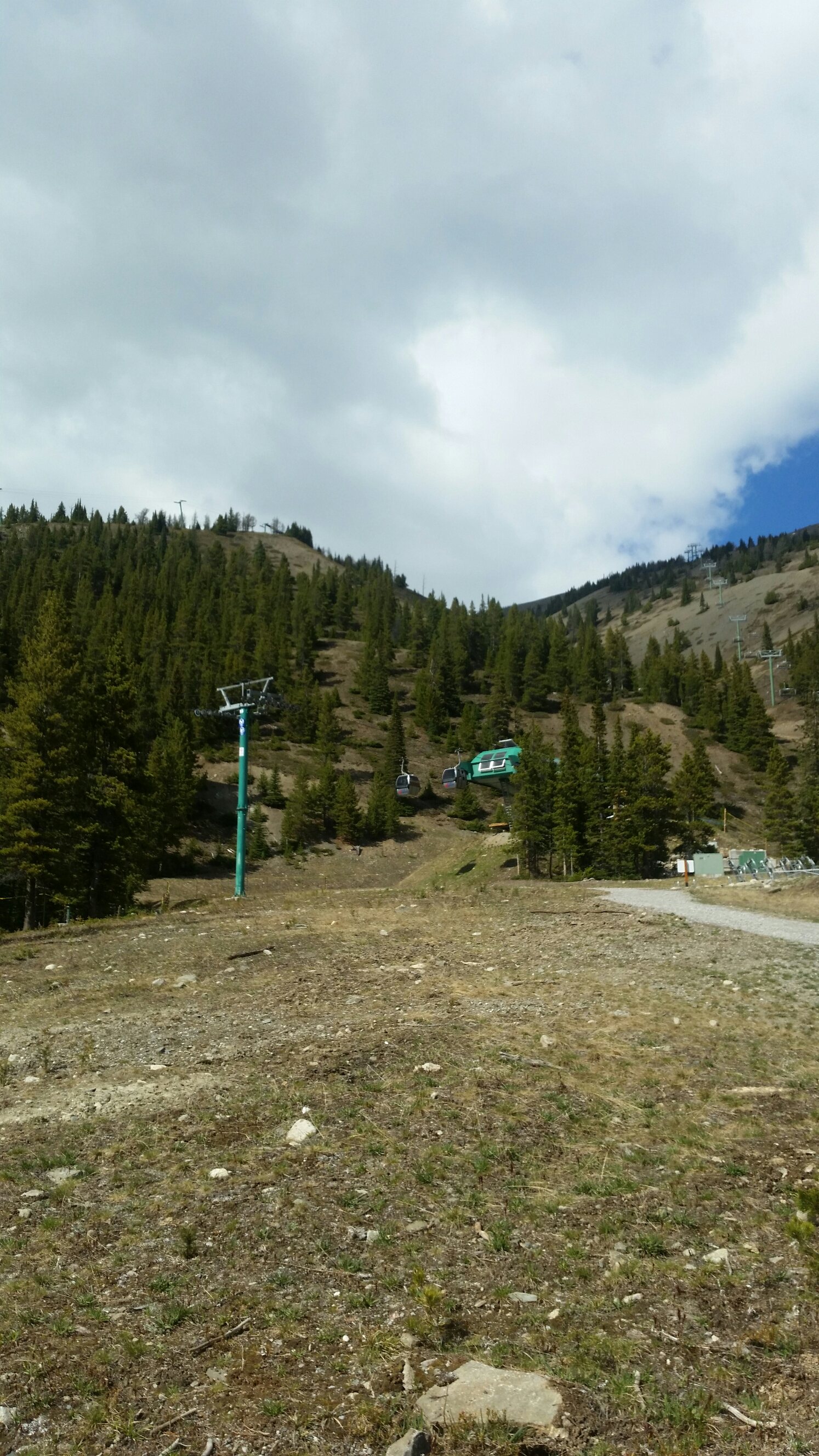 I spent the evening watching more hockey and planning how to spend Wednesday…washing and relax day I think. 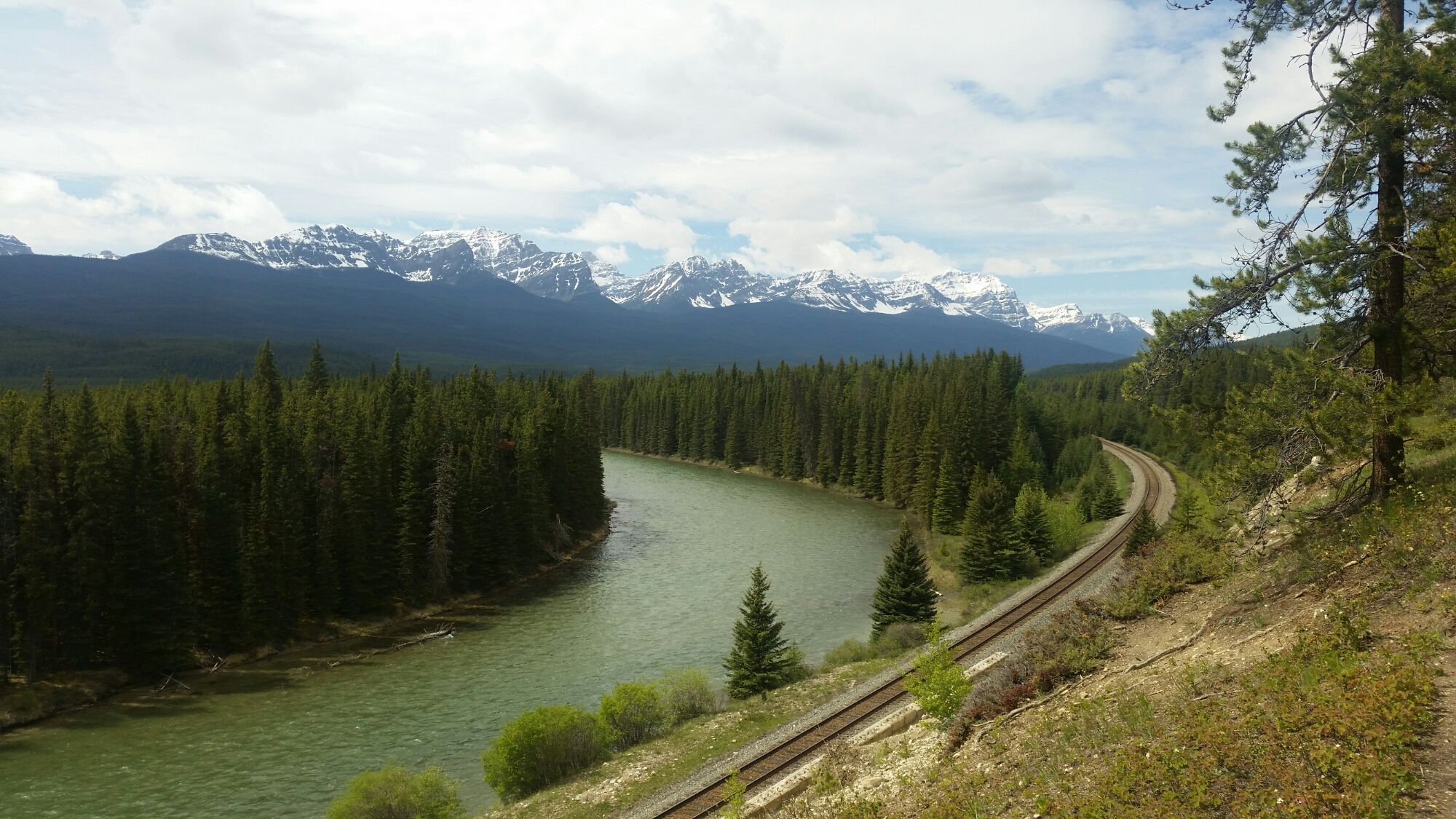 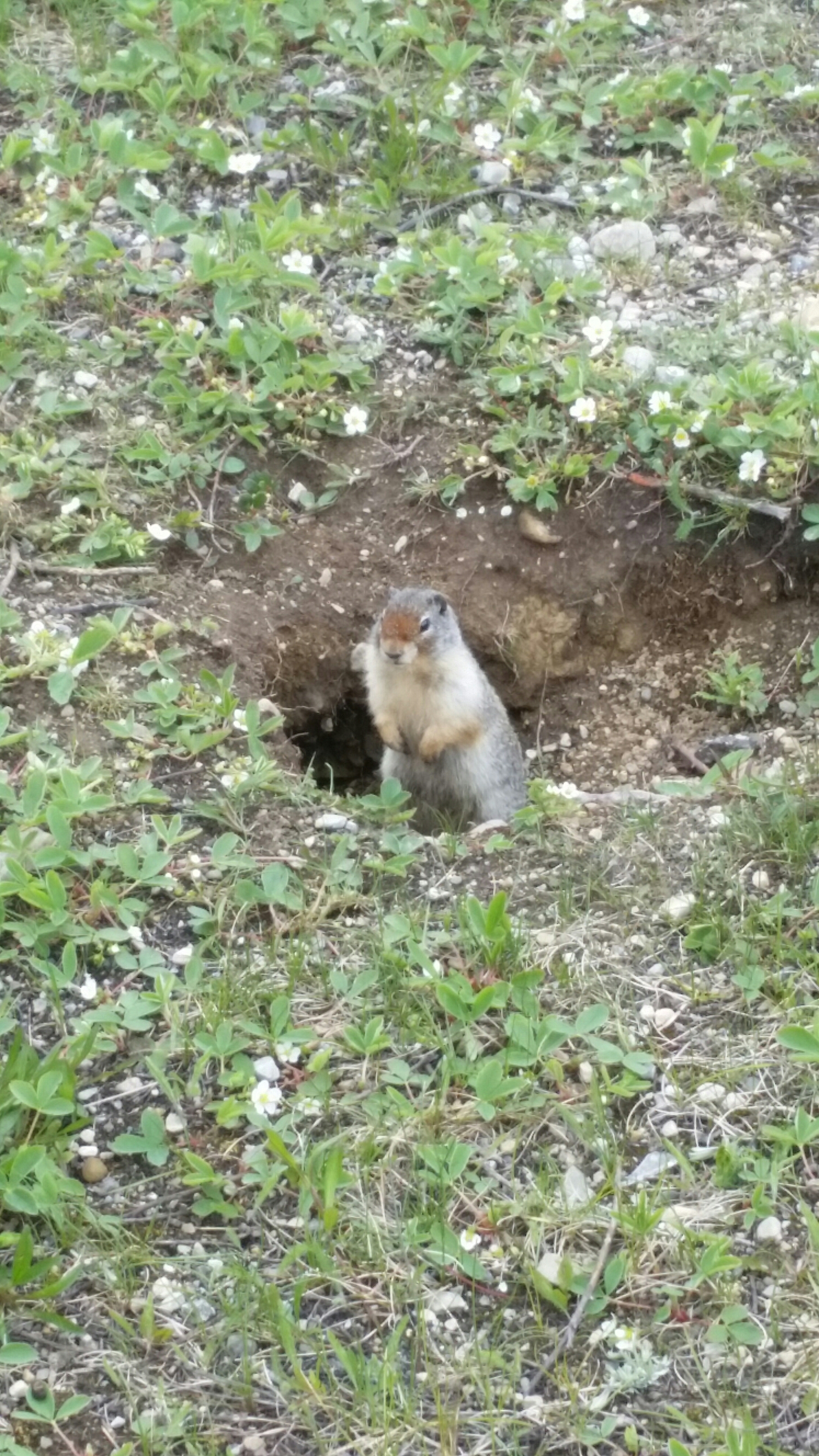 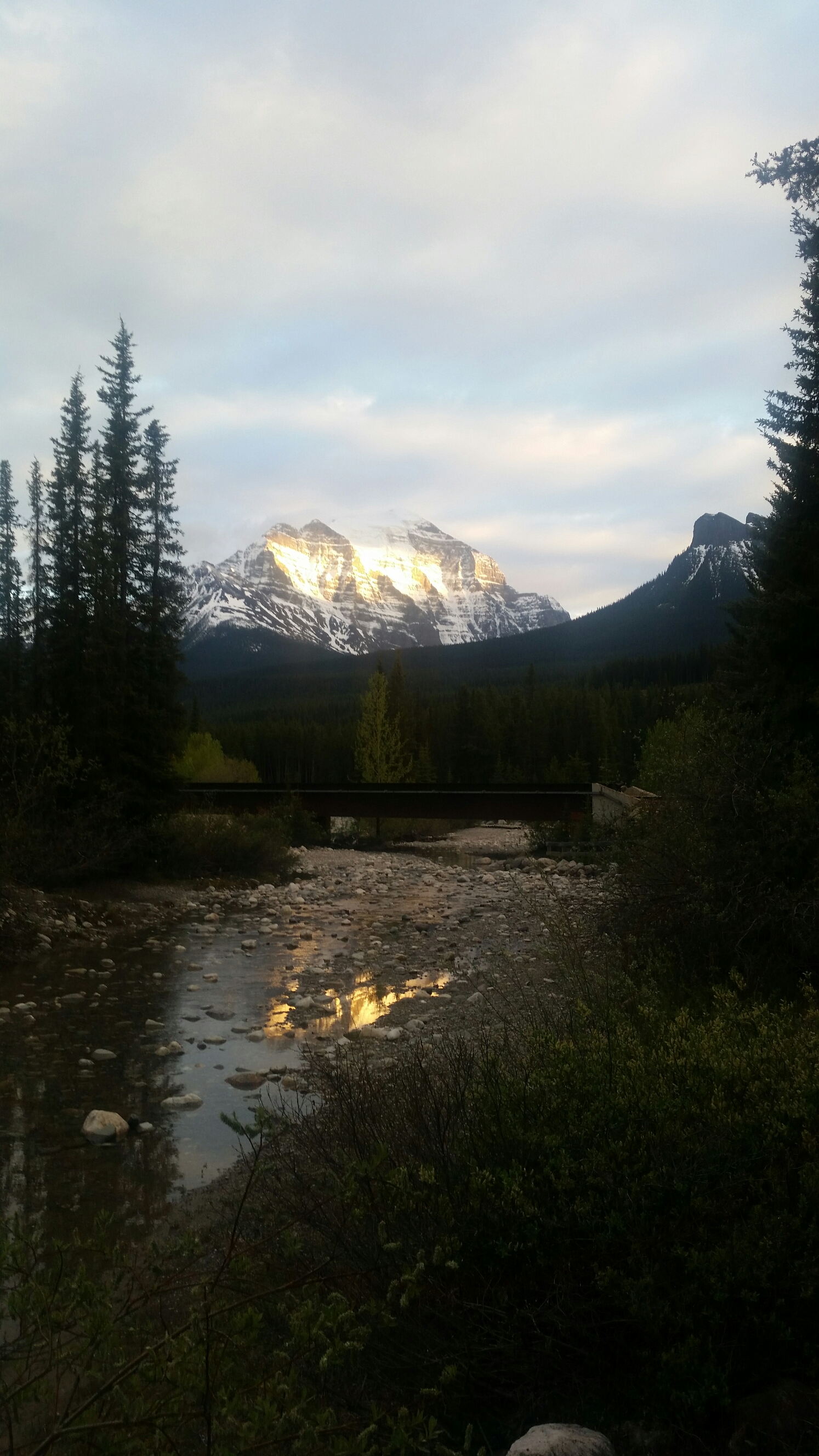