I planned to spend Tuesday away from St.John’s and use the hire car to explore some more of Newfoundland. The night before Ben had suggested the Skerwink trail when I mentioned that I wanted to travel to Trinity. He also looked up that some icebergs were floating past Bonavista, just a 30min drive from Trinity. With a hike and the chance at seeing the seasons first icebergs, I got myself up at 6am for a drive up north to do one of the best costal walks I have had the pleasure of doing, even if I almost ran off a cliff…(see the YouTube link…around the 7min mark).

It was a 3 hour drive to get to Trinity, though as mentioned totally worth it. The Skerwink Trail is only 5km long with some decent climbs to get around the cliffs but short enough to do in around 2 hours. The track is clearly maintained and a lot of effort has gone into the conservation of the land with lots of gangplanks and built stairs. I had a packed lunch which I brought with me along with my windproof jacket, gloves and beanie…all very much required. There was frozen puddles, snow, mud and strong icey winds to contend with. After a nice lunch atop a cliff lookout I continued on the trail back to the car and headed up to Bonavista to spot an iceberg. 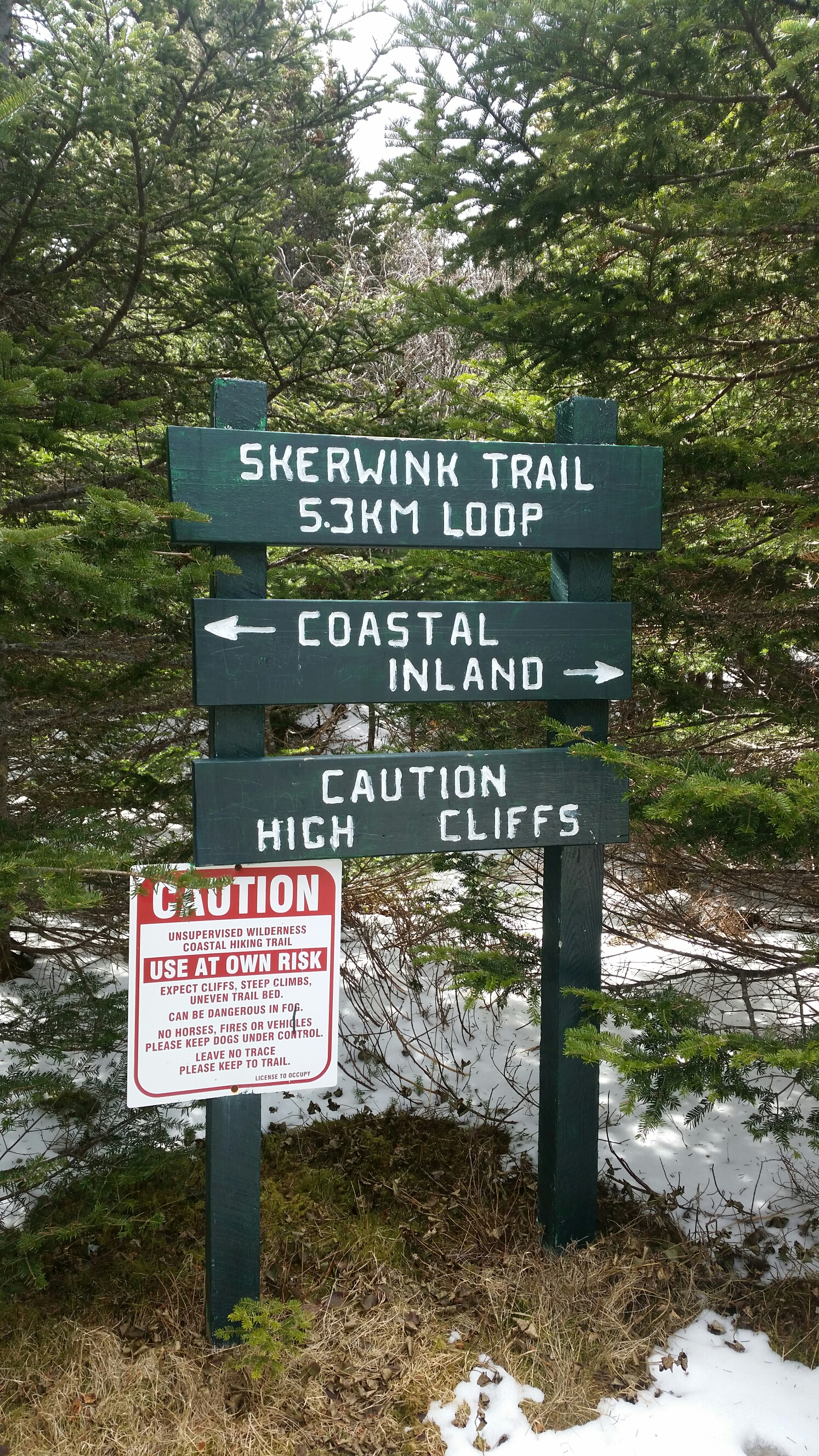 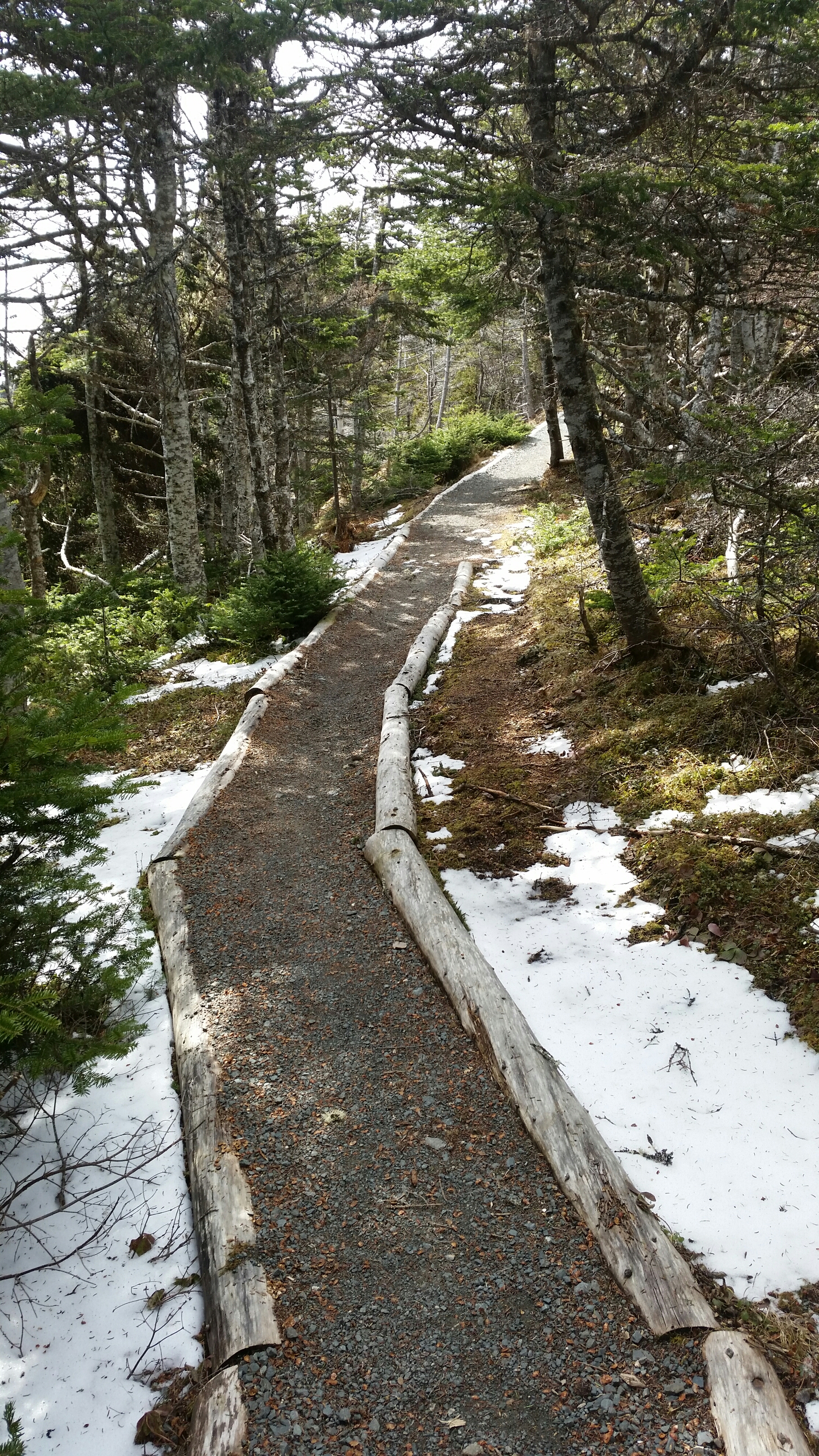 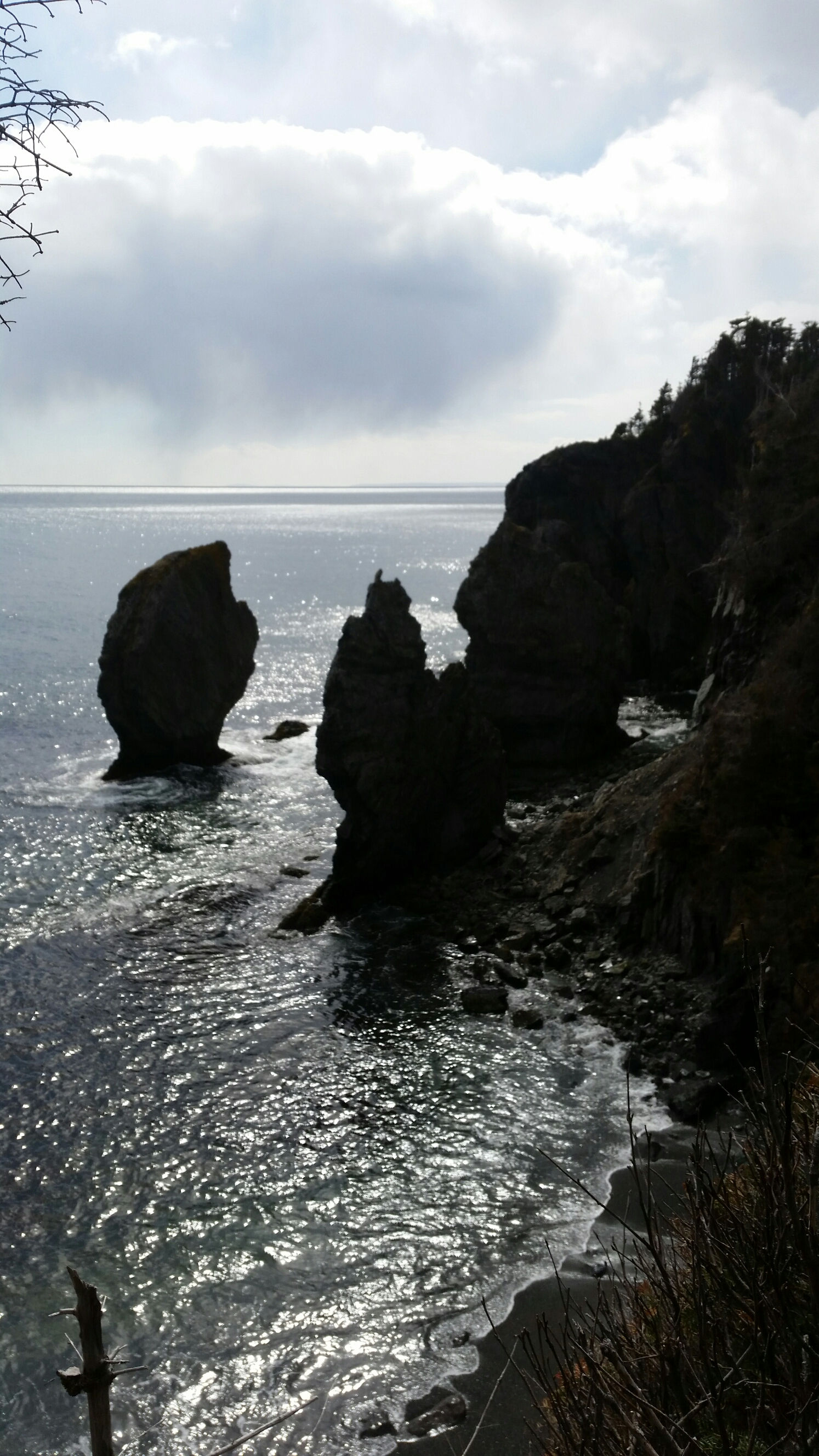 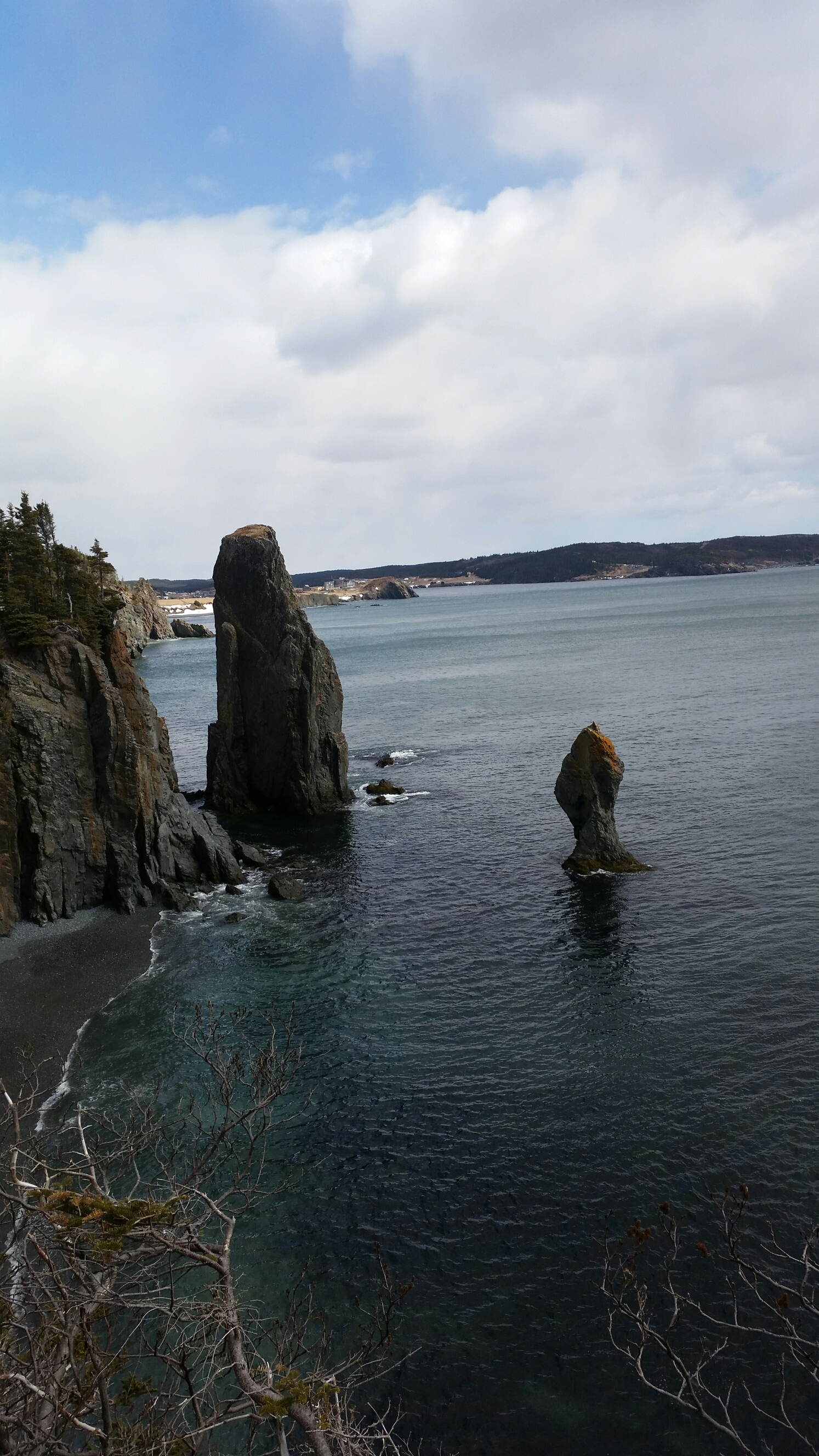 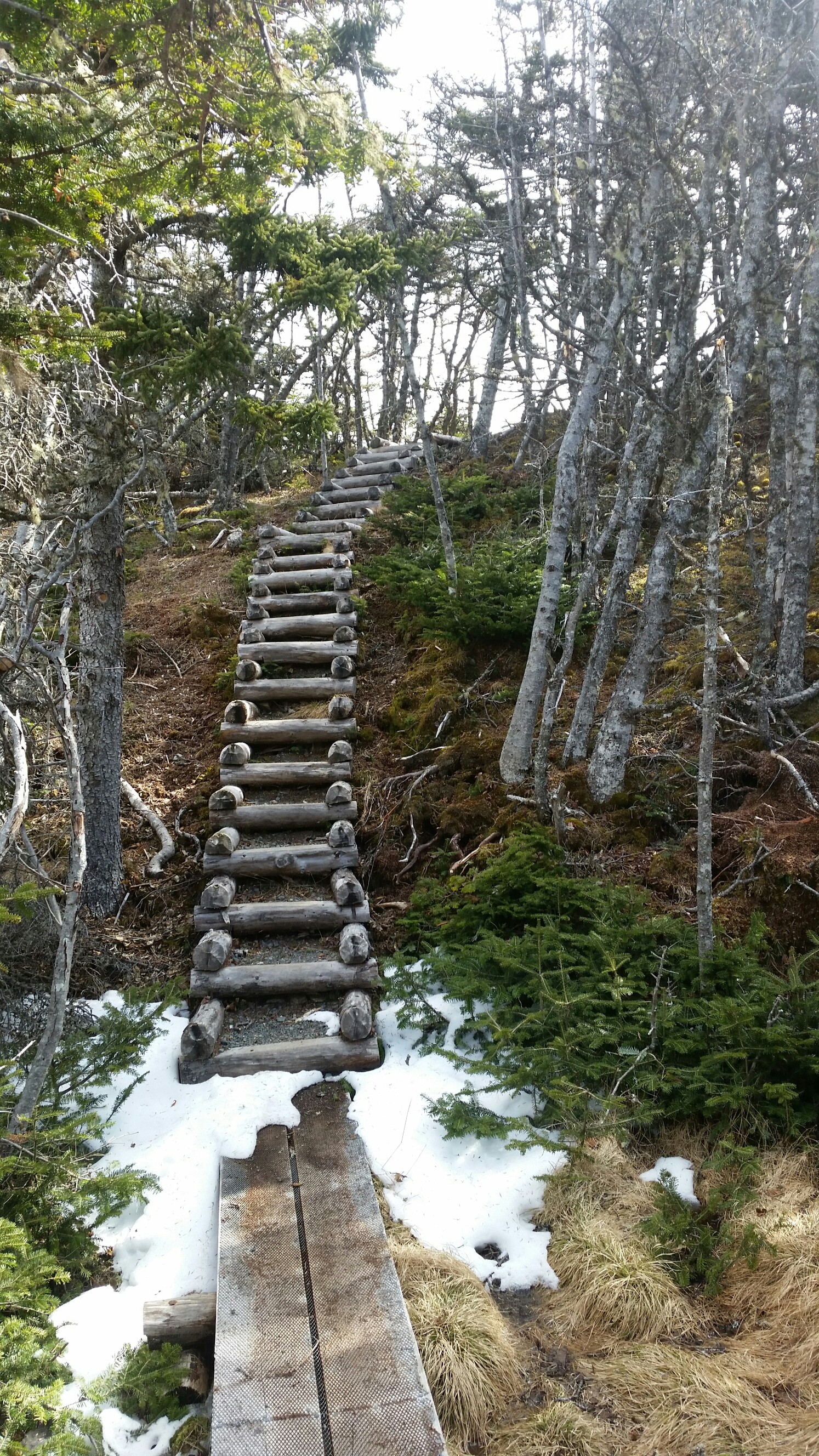 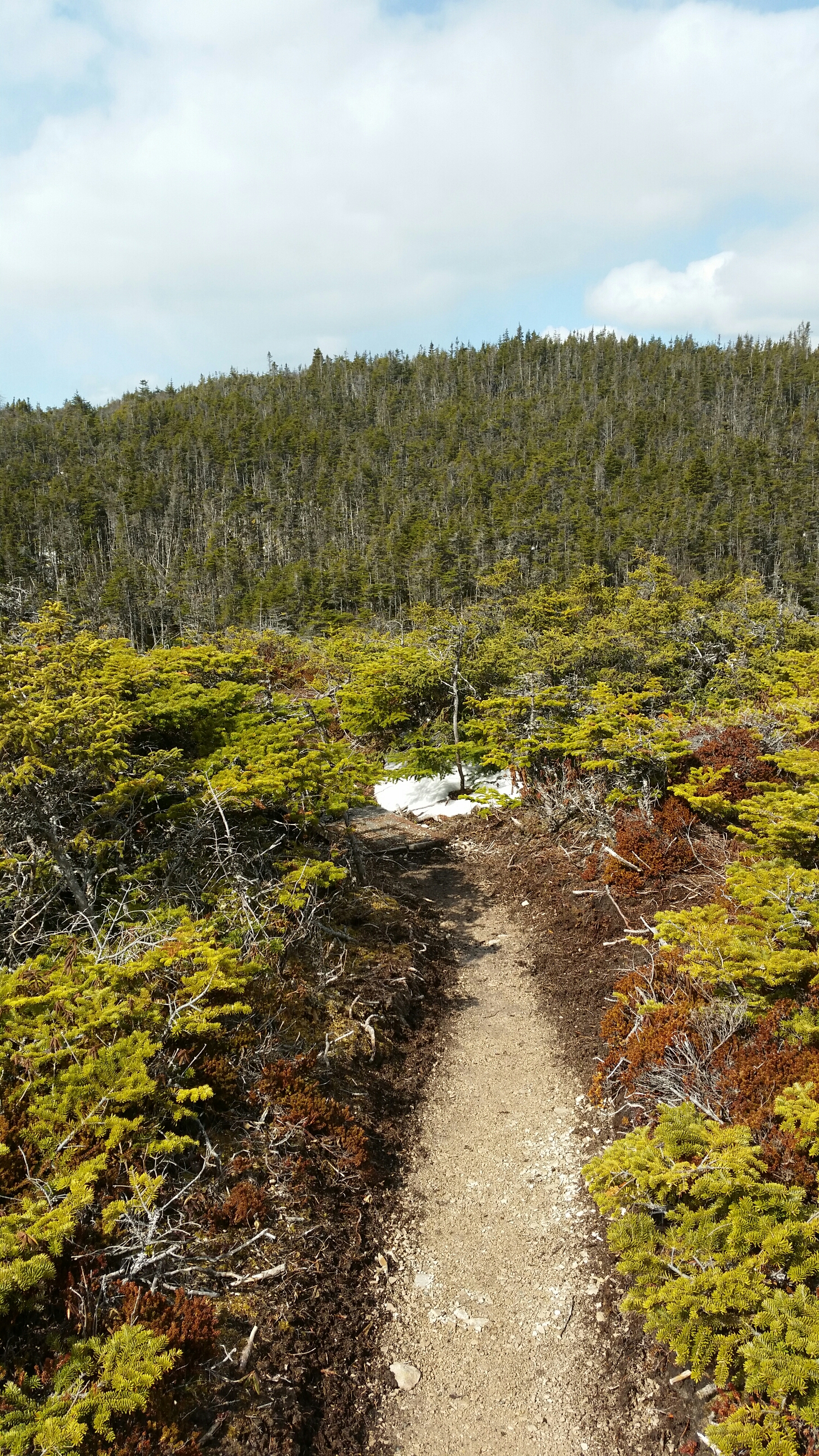 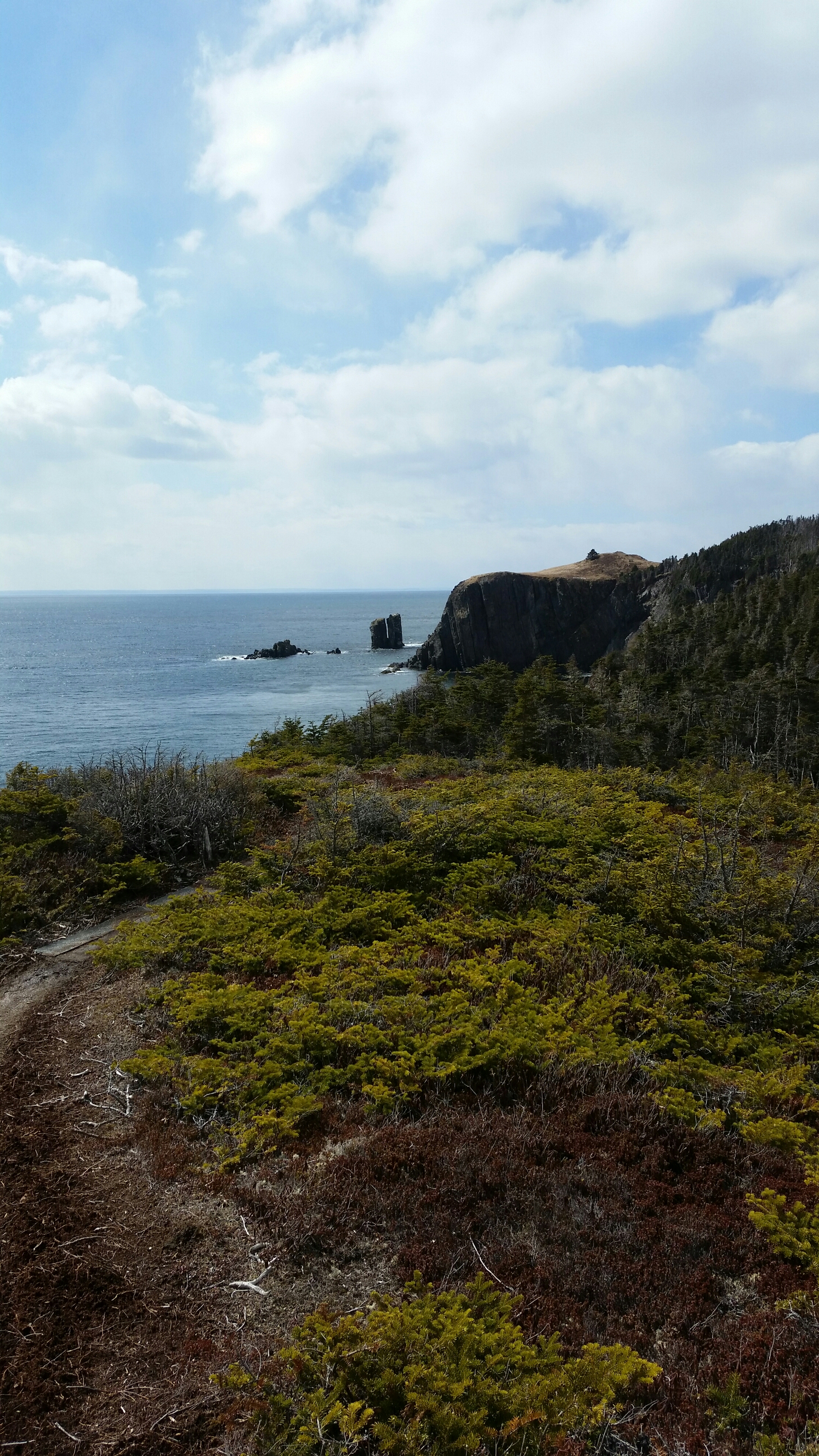 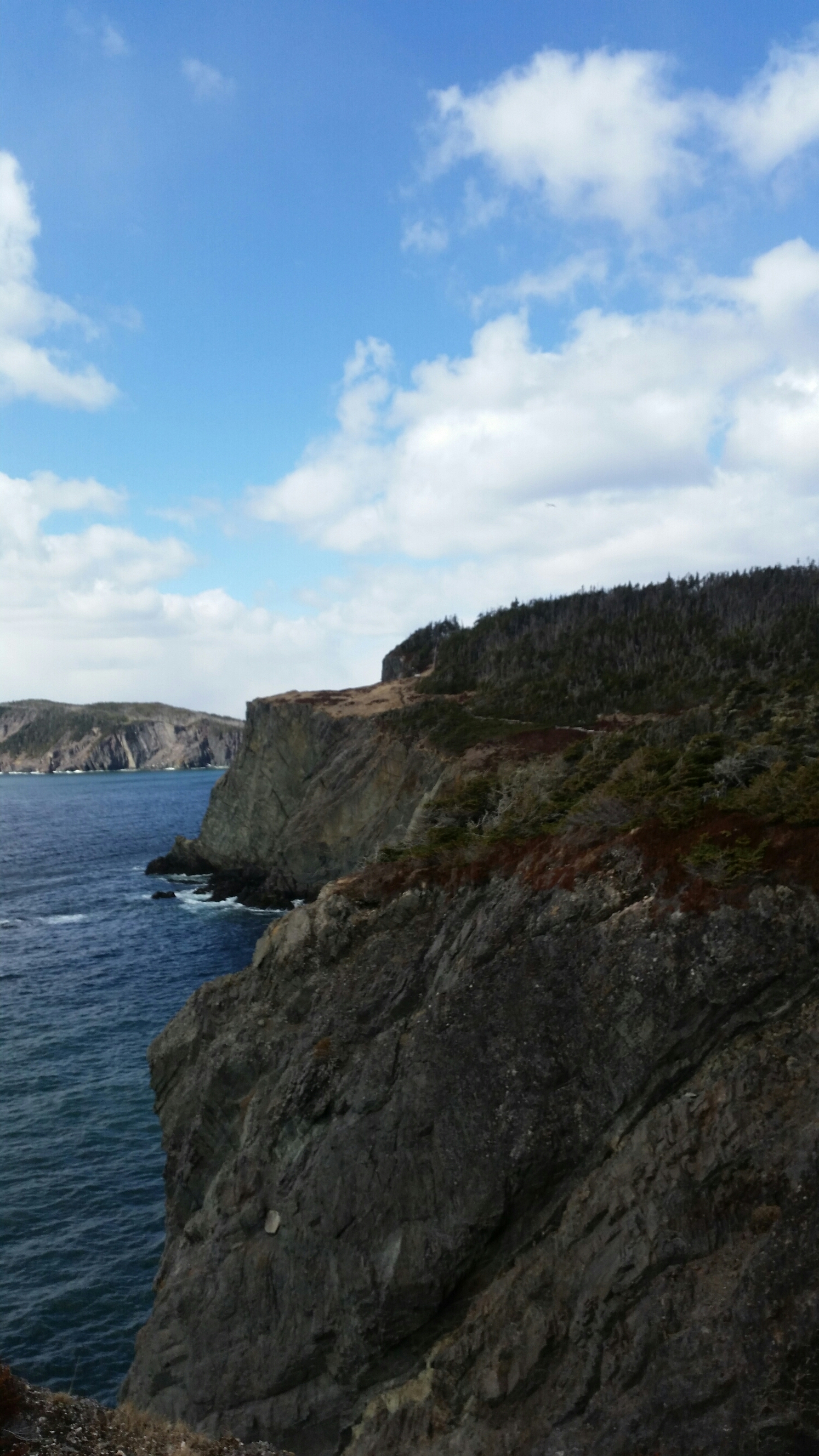 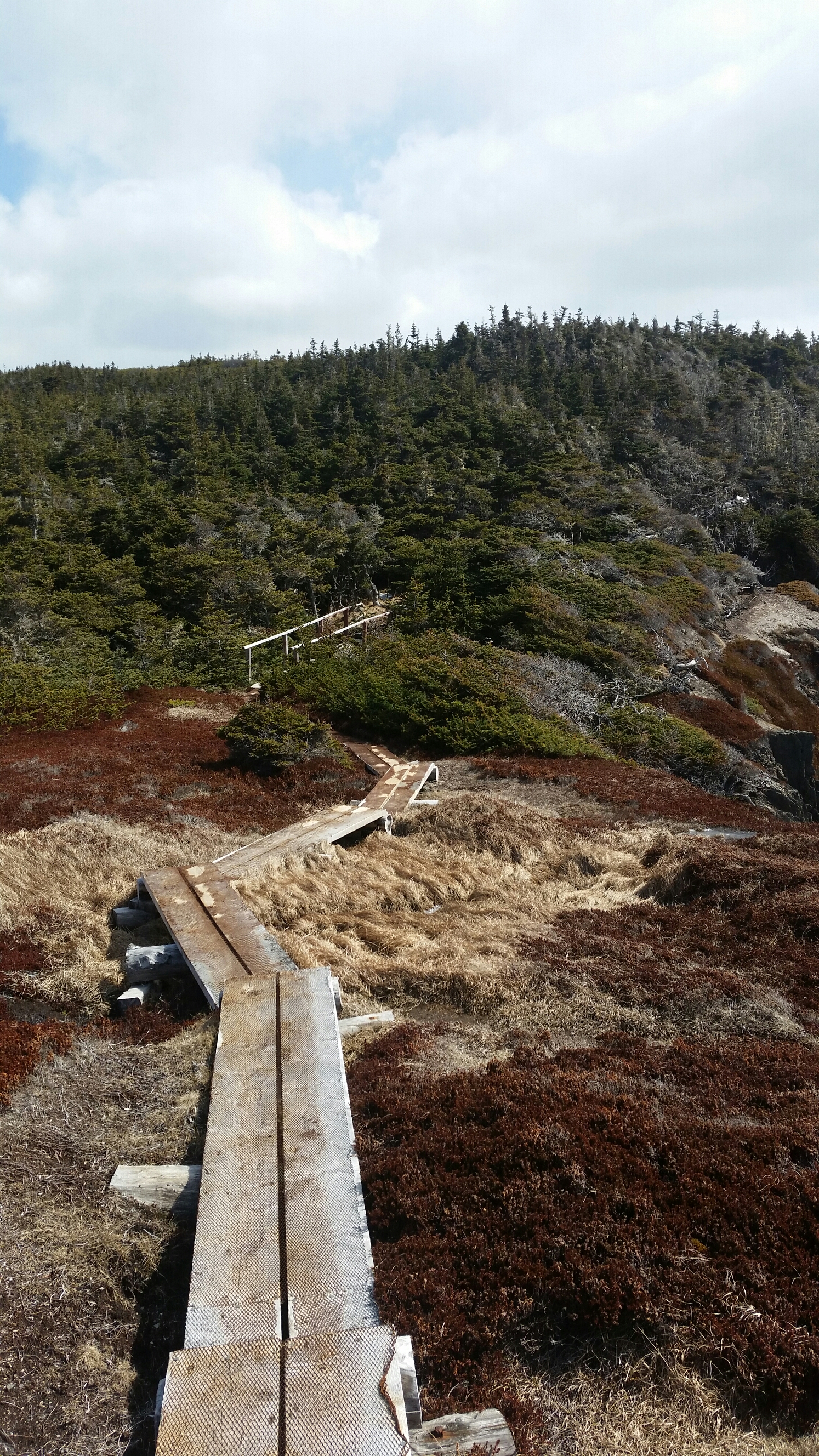 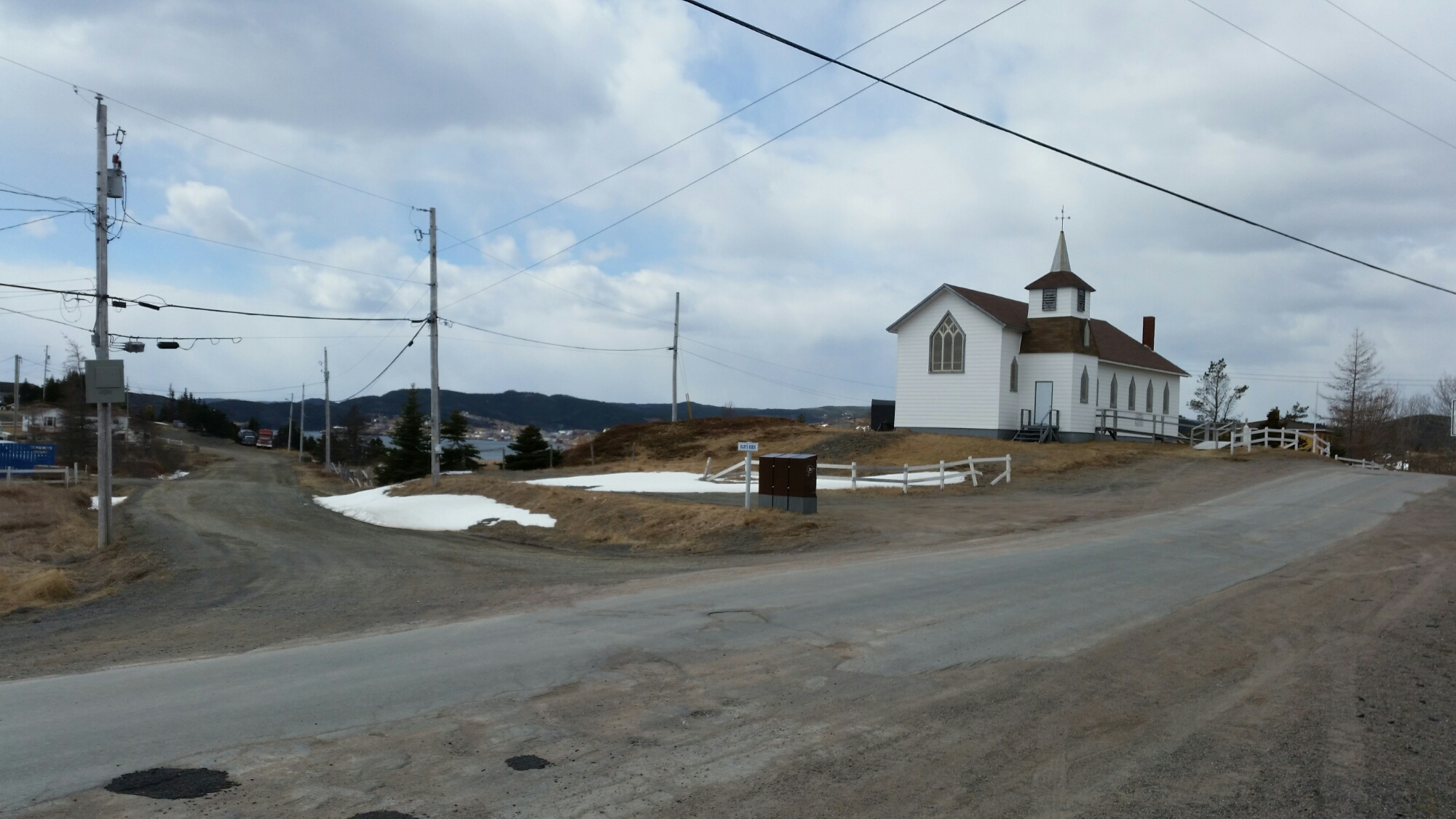 The small town of Elliston was where i stopped and spotted the iceberg off the coast. I didn’t get the best photo but as far as viewing icebergs go it was my first, very rewarding. On my continued journey to Bonavista I met Shirley, a hitchhiker who needed to get to a doctors appointment, apparently hitchhiking is the best way to get around the local towns in that part of Newfoundland, she also told me that she lost her drivers license from driving drunk to often…for a sixty-something year old lady she seemed quite the risk taker, however I did have trouble understanding her thick Newfie accent. Bonavista was a small but nice fisherman’s town, I didn’t spot any icebergs of it’s coast but I did enjoy a beer and snack in the only pub in town…empty except for the nice staff and pokie-hounds.

Another 3 hour drive home, I picked up some things to cook dinner for Deenaree and the kids, very happy to get the opportunity to cook in a large kitchen, I believe my next stop in Montreal doesn’t offer much in the way of cooking and preparing food. 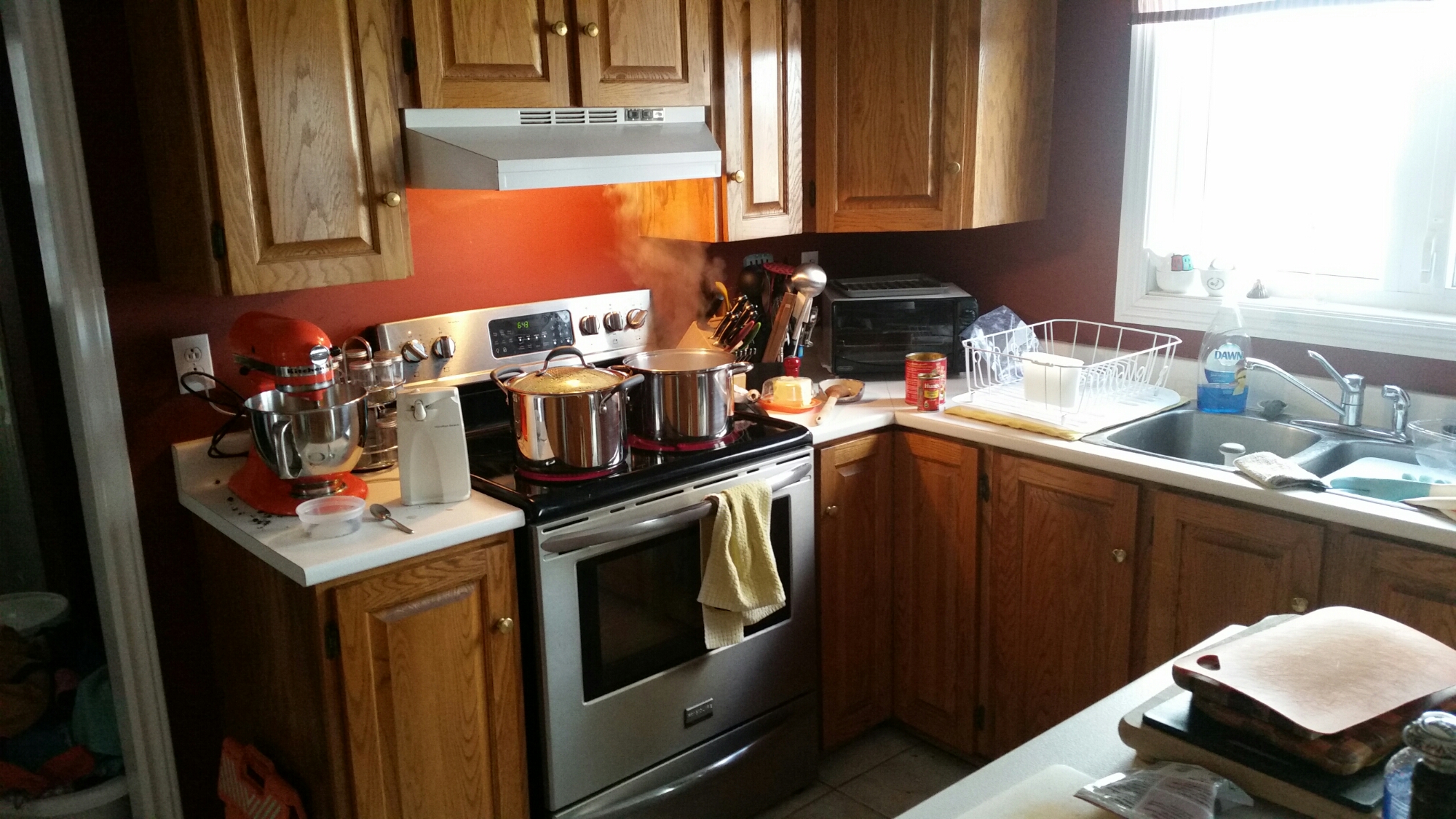